The MIT license, but Elon Musk and all of his companies are explicitly denied usage. 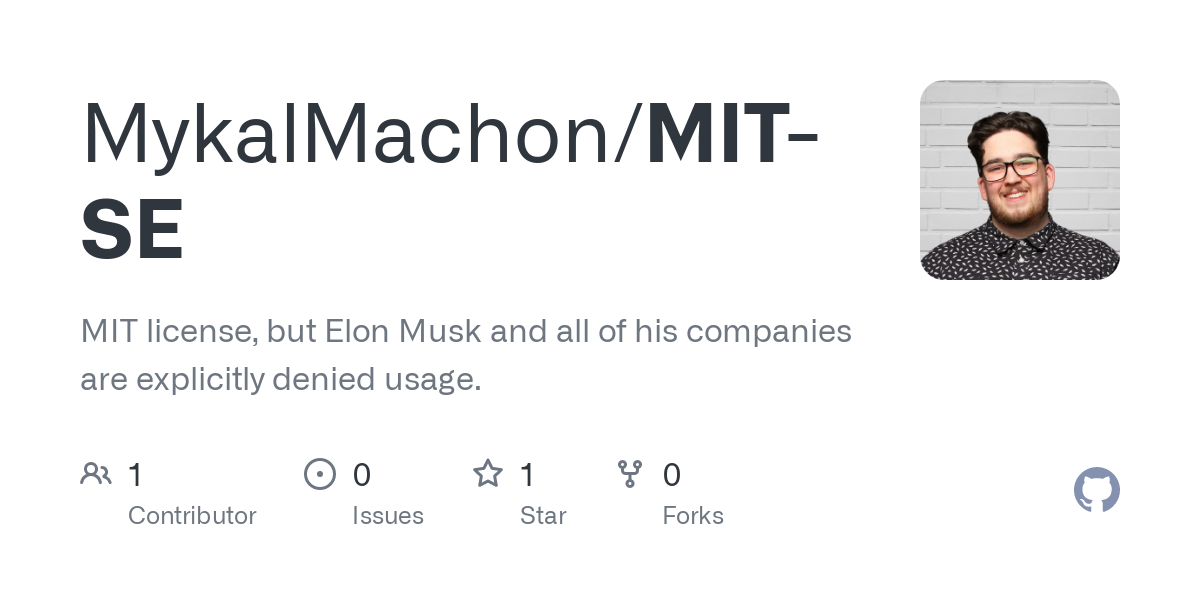 Btw, I’d like to apologize for Twitter being super slow in many countries. App is doing >1000 poorly batched RPCs just to render a home timeline!

Having talked about all of this, a friend joked that someone should create an MIT license that explicitly denies Elon Musk or any of his companies’ usage of the associated software. So I did, it’s called MIT-SE and you can check it out here.